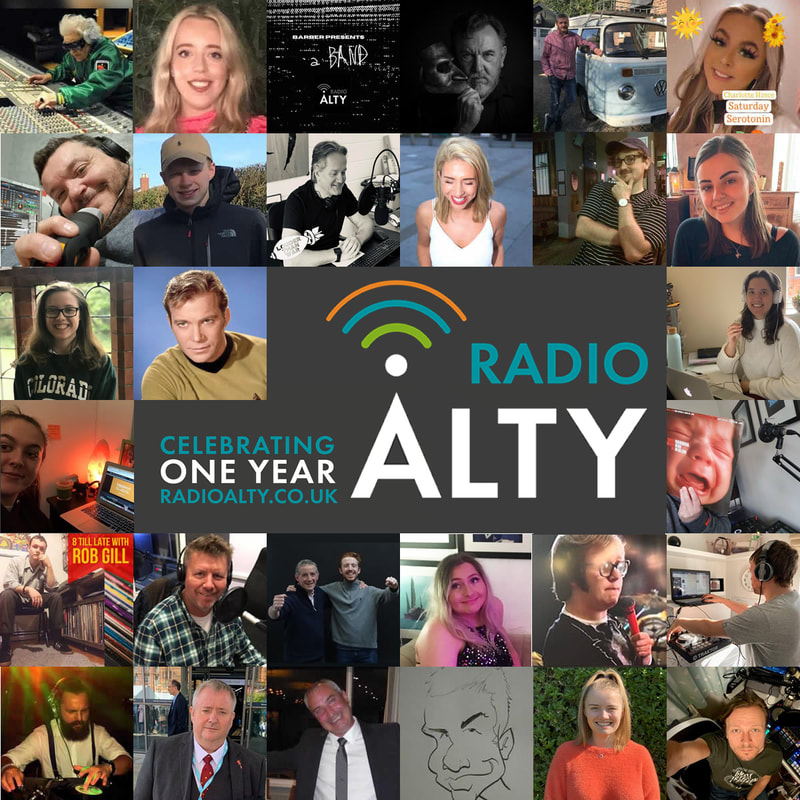 Our Team
RadioAlty is supported by a team of local volunteers who share a love for music, broadcasting and supporting the local community...

Our team is continually expanding but is always made up of local enthusiastic people who share a love of music, radio broadcasting and the community..... 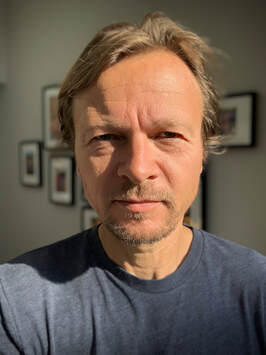 Ultimate Chart Show
Monday Nights 7-9pm
Ian is a freelance TV sport director working on shows like Match of the Day & NFL for the BBC, Champions League & Premier League for BT Sport, Formula 1 for Channel 4 and major cycling events for Eurosport. He has lived in Altrincham for 9 years and has two children at the local schools.

Ian Finch presents a show on Monday nights featuring a mix of the finest tracks from across the decades plus a weekly interactive chart - the Ultimate Top Ten.

LMG's HouseParty
Friday Evening 7-9pm
Leah was born and bred in Timperley, and has worked in sales for 10 years but has been clubbing for the past 14 years with some favourite venues/events being Sankeys, Amnesia, Timewarp, Sonus, Fabric, Studio 338, Warehouse Project & Parklife. If you can’t find her in a club or a festival you’ll find her skiing, travelling or baking

April Kennedy
Grooves and Goss - Saturday's from 11am - Midday
April has been living in Alty since she was born!  She graduated from Durham University in 2019 with a degree in Theology and Religious Studies.  While at uni April wrote for the local student paper "The Tab" and was involved with the university radio station.  April now works as a recruitment programme administrator and still has a keen interest in public speaking, drama and journalism.  April is part of a new team that is helping to make specialised programmes for RadioAlty.

Megan Carson
Grooves and Goss - Saturday's from 11am - Midday
Megan has recently returned to Altrincham after finishing her degree in Theatre and Performance at the University of Leeds. Throughout this time, she largely experimented with the media in her work, incorporating radio into her final performance exam. Currently, she is adjusting to post-uni life and thoroughly enjoying her time working with Radio Alty.  Outside of her passion for broadcast media and the theatre, her love for her dog, coffee, and music knows no bounds!  Megan is part of a new team that is helping to make specialised programmes for RadioAlty.

Brian McCabe
"My Town" - weekdays from 5pm
Brian brings a mixture of music and chat to the airwaves through My Town where curates a playlist of tracks from his past and his present.  There is also the occasional  good old natter with a local person of interest, whilst touring the town in his (not so) trusty vintage VW Campervan. He even lets his guests take control of the decks and choose the tunes for their section of the show.

Brian has lived in the area for over 25 years, having originally grown up in nearby Northwich where he was a keen Witton Albion supporter (sorry Robins fans). Weaned on a diet of punk, indie and the various incarnations of the Manchester scene, Brian shares some of his favourite north west related tunes with us. Any local bands wanting a bit of airplay ... get in touch.

ModelCitizen
"Underground Sound of Altrincham" - Friday's from 9pm
ModelCitizen has been DJ'ing since around 1995, and has been in love with house music in its many different forms ever since he first queued up outside the Angels in Burnley, and could hear the bass, thumping through the walls of the multi-story car park it was built under.  He has been curating the Underground Sound of Altrincham podcast for three years now, and has DJ'ed in and around Manchester for club nights Qwerk in the Village, Jacked in Bolton and Chorley, and Supernature, as well as guest mixes on Chorley FM & House Jet Radio 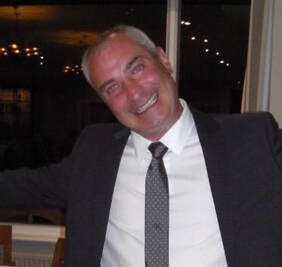 Steve Hazlehurst - "the third Pastry"
"Pastries in the Moaning" - Thursday mornings from 10am
Thursday's are now rebranded 'Pastries in the Moaning' with our resident curmudgeon, Steve Hazlehurst joining Peter and Tom and putting the world to rights.  Amplifying life's minor irritations and telling it like it is, you will find yourself in stitches and in complete agreement with many of his views and observations.  Lots of jokes, gags and one liners; this man keeps you glued to the wireless....... 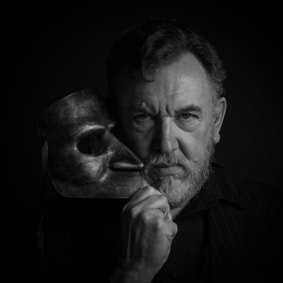 Barry Purves
"Bedtime with Barry" - Thursday evening - 9pm (repeated Sunday evening 9pm)
Barry has lived in Altrincham for forty years and is heavily involved in the arts, mainly animation and theatre, and has won many awards for his work. He teaches and speaks around the world, and has a few books to his name....
crabtreepurves@googlemail.com
facebook - barry jonathan crabtree purves

Lucy J Norris
"The Good Chat" - Friday mornings - 11am - 12noon
Recent Alty local, Lucy J Norris is the host of "The Good Chat".  After spending 15 years in New York working as a TV Presenter and Lifestyle Journalist, she moved back to the UK to be closer to her family. She fell in love with Alty and all of the diverse collection of independent businesses. She is passionate about helping the good ones stand out through storytelling and positive communications. Her show covers everything from business, fashion, fitness, and food. 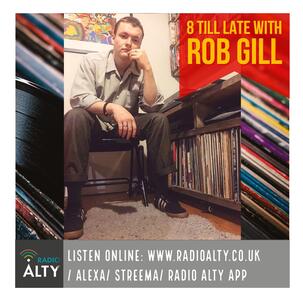 Rob Gill
"8 Till Late" - Tuesday evenings  - 8pm - 10pm
Having had a passion for music and not being talented enough to be a musician, Rob decided to try his hand at radio DJ’ing whilst studying at university. Having done a show for two years with his housemate, Rob has decided to go it alone on RadioAlty having finished university with a degree in Sport Science (Polar opposite to Radio DJ’ing).
Rob grew up in Alty and loves being immersed in the Manchester culture of music. So, catch his show Tuesdays nights 8 till Late.

Dan Burton
Saturday Sport and Sounds - Saturday afternoon - 12pm - 1pm
Timperley born Dan Burton is a massive sports fan and wants to bring a sport and music show to RadioAlty with local interviews, fan interaction and local sports news. He will also play some britpop and indie rock tunes from over the years. All of that on Saturday Sport and Sounds from 12-1 pm every Saturday.  If you are a local sports team get in contact with Dan at radioalty@gmail.com with any info you would like Dan to cover in the show. 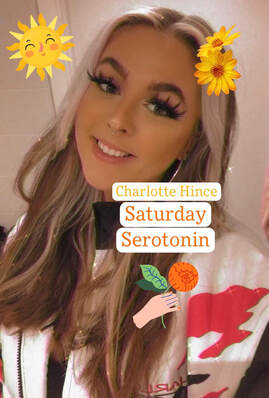 Charlotte Hince
Saturday Serotonin - alternative Saturdays from 23/1  - 2pm - 3pm
Charlotte is a 20-year-old media student at the University of Salford. When not living with her friends at Uni, she is back in  Altrincham with her family. "It says a lot when you’re more likely to find peace and zen doing your dissertation than playing board games with your kinfolk. Mum, Dad, if you’re reading this, I’m joking. But if you don’t read this, then I’m not!!" Charlotte studies journalism, which is all about talking to people and sharing their amazing stories. This is why she can’t wait to talk to the lovely listeners of Alty Radio every fortnight, playing uplifting tunes, and hopefully spreading optimism. She wants the world to be full of self- love, gratitude, spirituality and kindness, as she believes that this is what really keeps it spinning!!
We are adding to our team every week and have more local presenters lined up to go on air very soon. If you are interested in joining the team please send us an email.
Site powered by Weebly. Managed by Radio.co